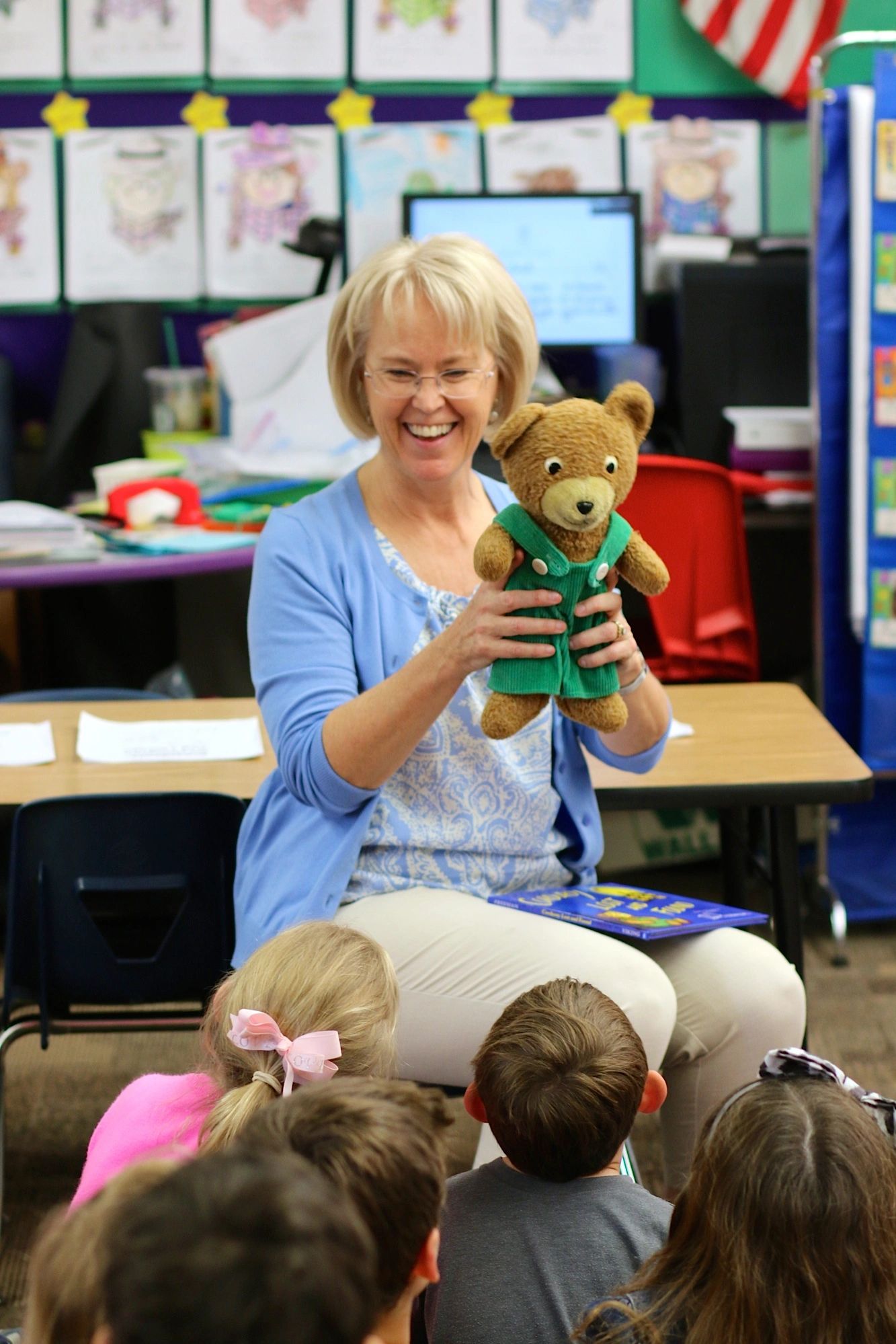 CORDUROY and B. G. HENNESSY

Want to know how I met Corduroy's creator, Don Freeman?

Read the essay below.

VIDEO: Corduroy, Don Freeman, and Me

Lots of people wonder how I got to write so many Corduroy books. Watch this interview to find out.

A WORLD WHERE CHILDREN BELONG How I Met Don Freeman

Madeline, The Snowy Day, Ferdinand, Make Way for Ducklings- I knew Viking’s big backlist titles. So,when the editorial director began discussing plans for a sequel to “one of our top titles,” that I had neve read, by “one of by one of Viking’s most popular author-illustrators,” who I had never heard of, I was caught by surprise. It was 1977, I was the new art director at Viking, the sequel was A Pocket for Corduroy, and the author of course, was Don Freeman.

Looking back now, I think how lucky I was to have met both Don and his bear as a “beginner.” After all, it is Corduroy and his beginner’s point of view that has made this bear one of the most loved of all children’s book characters. Just like a child, Corduroy experiences everything in his world for the first time. From his first trip up an escalator “Could this be a mountain?” to exploring the furniture department in a store “This must be a palace!” Corduroy tries to make sense of his world. Childhood is full of trying to figure the world out.

I remember being confused by own my son’s excitement at the arrival of a humidifier. It was only when he asked, “But where’s the FIRE?” that I understood both his excitement and his disappointment. It was a “Corduroy moment.”

For children life is full of “Corduroy moments.” A first rain, a first snow, a first ice cream, a first friend. Corduroy’s positive spirit and boundless imagination never disappoint. Don was a master at capturing Corduroy’s gleeful joy and wonder as he encounters the newness of his world, even when the world is a department store, or a laundromat, or a room in an apartment that feels so cozy it must be “home.”

Don learned much about humor, suspense, and drama from his work in the theater. He also knew his audience. Don understood that suspense does not have to be dangerous. What the Corduroy stories lack in threat or menace, they make up for with emotional suspense. I believe this is one of the reasons why the Corduroy books still appeal to children today, and perhaps, especially today.

In Corduroy’s world, if you are lost, you will be found. You will be loved as you are, missing button and all. If you are left behind, you will be returned. In Corduroy’s world, people are helpful, kind and caring. But even the Corduroy world is not perfect. It is a familiar, child’s world where mothers are in a hurry, "We must be getting home” and a beloved object is left behind, or a longed-for toy remains on a shelf because “I’ve already spent too much money.” Yet, this world is safe for children, and bears, to explore on their own. It is a world where children belong.

For an illustrator and art director, working on a book is a bonding experience. Getting to know Don as we worked on A Pocket for Corduroy was a journey. We became friends over the constant back and forth of sketches, samples, black line drawings, blue-boards, typesetting, design, and finally, finished artwork. I remember Don as a careful artist with an exquisite eye, and a superlative storyteller, both on and off the page. I had no idea how little time we would have to work with each other. Two days after the final printing of A Pocket for Corduroy, Don was gone, felled by a heart attack.

Years later, after I had begun writing picture books of my own, Viking and Don Freeman’s estate approached me about writing new Corduroy stories. After thirteen lift-the-flap books, the sequel Corduroy Lost and Found, A Christmas Wish for Corduroy, and Corduory Takes a Bow (written with actress Viola Davis), I realize how working on these books has been a beautiful way to honor that  friendship. Even today, when I stare at the blank first page of any new project, I think of Don’s words: “This is the start of a fascinating problem.”

For me, a lot of Don lives within that little brown bear with the green overalls. How I wish I had asked what other adventures he had in mind for Lisa and Corduroy. When writing a story based on such a perfect character and written by such a wonderful friend, sometimes it is hard for me to let a story go. Is this how Don would have said it? Will it ever be good enough? But the most important question is always the same: Is this a story about the very bear that Lisa has always wanted? If so, my job is done.

I can imagine Corduroy looking at the shiny, gold ribbon writing on the bright green cover of  A Christmas Wish for Corduroy and saying: “This must be a present! I have always wanted a present.”

Don Freeman has given so many just such a present with his lovable bear Corduroy. I am honored to be a part of that legacy.